There seems to be a growing tendency for attributing harmful tissue reactions to titanium, and some patients’ bodies reject metals. Do titanium allergies exist? Should clinicians prescribe an allergy test before starting implant treatment?
The evidence is weak, but patient hypersensitivity to titanium cannot be definitively ruled out. Given the limited number of cases reported and the poor specificity of symptoms, a precautionary allergy screening cannot currently be recommended as routine practice. Moreover, patch tests and lymphocyte immunostimulation assays seem to give inconclusive results and are often found to give false positives.

OK. Titanium allergies can be considered a minor problem, but particles of titanium have been detected in peri-implant tissues. Where do they come from?
Although titanium is less susceptible to corrosion than other metals, it is still possible due to mechanical wear and environmental chemical agents. Mechanical wear can occur during implant placement and can be caused by micro-motion between implant and prosthetic components, or by external factors such as cleaning or chewing. Chemical corrosion can be exacerbated by the acidic environment caused by biofilms and tissue inflammation. The combination of these factors can lead to the release of particles from the implant surface in a process called ‘tribocorrosion’.

However, it should be noted that because titanium is so ubiquitous in daily life and used in so many consumer goods that Ti particles can be found in human tissues whether they have dental implants or not.

In that case, is the presence of titanium particles clinically irrelevant?
Before answering this question, it should be noted that titanium debris has been shown to have cytotoxic and pro-inflammatory effects in vitro. Thus, Ti particles may increase the production of cytokines and therefore be involved in bone resorption.

Is it likely that this contributes to biological complications in implants?
In 15 studies examining the data on titanium particles in peri-implant tissues, no direct correlation could be found. The true clinical impact of the presence of titanium particles remains unclear.

If titanium particles are cytotoxic, could they influence implant survival/success and cause biological complications?
It can be stated that Ti particles do not play a role in early implant failures. Their role in causing or exacerbating peri-implantitis is also unclear, particularly because abrasive treatment approaches may in fact cause further contamination of the peri-implant tissues with titanium particles from the implant surface. In spite of this, however, these treatments do have a certain degree of success. It can be stated that there is no evidence that Ti particles should lead clinicians to select implant materials other than titanium. 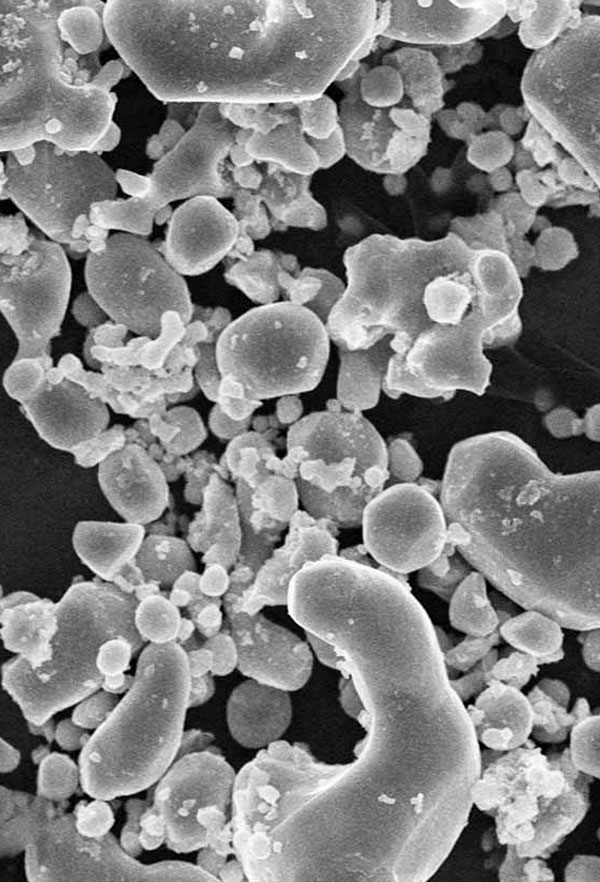